On Saturday, at about 2:30 I decided to head out exploring as I hadn't heard from the NYers.  I ended up finding the girls and Justin outside waiting to get into there hotel room.  They had a mix up with there room but ended up getting a better room than planned in the end.  We were staying in Hua Hin for until Tuesday.  After they checked in, we headed out exploring for a bit, and grabbed a bite to eat.  After that we headed to the beach for about a hour or so.  I guess "Hin" stands for rocks in Thai and that was a understatement (as you will see from the picture below).  When we got to the beach there were warnings up saying that swimming was not allowed as the water was much too rough so we just laid on the beach for a while.  The whole time we were in Hua Hin I don't think the sun came out once, it did sprinkle a bit too.  It definitely wasn't cold but no sun.  I can't say much about what we did on which days ass the days really blur together LOL so I just give some of the basic things we did.  We basically checked out a lot of different shops, and then partied throughout the night.  Not sure if I really got much more than 4-5 hours sleep each night.  A couple of ladies had a bit too much to drink some nights so it wasn't always all of us out at all time but we usually met up sometime throughout the night.  We went swimming in the ocean (well I guess the Gulf of Thailand to be specific) at night a couple nights which probably wasn't the best idea because of the rocks.  One the the ladies got a bit cut up from some of the rocks while swimming, but  we survived.  We did have a T-bone steak and it was just ok as it was no more than a quarter inch thick which was somewhat disappointing.  I'm still looking for that nice think and juicy steak.  We tried to get into a actually Steak restaurant but they were all booked up.  The funniest thing happened to me on Sunday night when we were out drinking.  We were sitting on bar stool type chairs with backs and I jumped up pulling the chair with me trying to move it closer to the table.  Little did I know that the chair could detach from the base.  To make a long story short, I jumped about a foot in the air with the chair to get closer and when I came back down well there was no base attached anymore and I went rolling onto the ground.  Thankfully for the back on the chair and the fact that I had a few drinks in me by then, I didn't get hurt at all and it was so hilarious.  The girls and Justin just laughed at me and the staff came rushing over to make sure I was alright.  But other than that all I can say is there are 100s of little shops set up at night, mostly with stuff that seemed like it was from a "San Francisco" type store so I didn't buy anything.  There was a lot of brand name stuff like billabong, north face, and Harmony but you could tell it was fake.  One other thing is that they had a BK & McDonalds (which were just a block from out hotel) and it was definitely way better than any fast food I've had in Canada.   It was always hot and delicious.  On Tuesday, we checked out, had lunch at a Italian restaurant, the NYers had Pizza, I had some soup as I thought it would be best after a 4 day binge.  We rented a big van to take us back to the Wat and got back safe and sound.  The days there were quite fun, full of laughter and excitement, a good change from the Wat atmosphere. 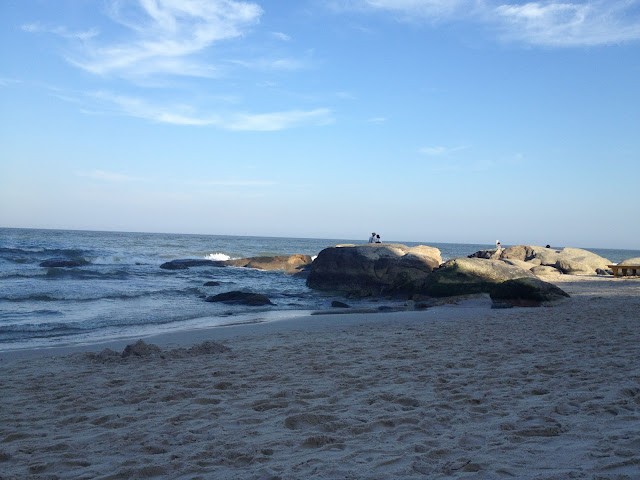 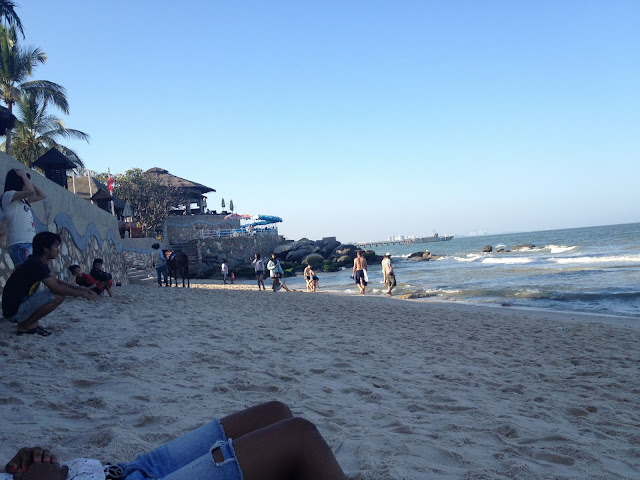