Ok, so I a back at the Wat in one piece.  Was a really good weekend out.  I never know how much I miss A/C until I come back here.  Right now at 8:00 PM its 28 degrees with 80% humidity.  Just sitting in my chair.  I am miss winter more and more each day LOL.  But hey on the upside its suppose to get down to 26 degrees tonight.  Not that that's going to make much a difference.  Started sleeping with my fan on me all night again last night.  I think I'm going to have to buy a few more fans for when their hot season hits here.  But that enough complaining about the weather, after a few days back to the eat without the luxury of having air conditioning all the time and I'll be back use to it (I hope).  I can always go to the University and sit in the library or office during the day.

So to finish up with some picks of the Hotel as I didn't always have my camera, here we go.

So now, here are some pictures from around the Siam area.  I basically walked around the entire time I was here checking things out.  Siam is definitely a women's dream come true but a man's nightmare.  There were so many mall and shops that you could probably spend a week going to different ones and wouldn't have to hit the same one twice.  So the first thing that really caught my eye was a shrine called Thao Maha Brahma.   Don't quote me on this, but I believe it was created because the foundation for on eof the hotel was not laid correctly so they were told to create this monument.  Not on November 9th a ceremony is held here.  It is made of plaster and then has gold leaflets put on it.  People buy flower to put around it, light incense sticks and pray, and also let birds go free.  There are also asian girls dancing traditional dance on a stage behind it.

Well now for the malls, the first thing you met with going into the malls (well I didn't see them at every mall but most of them) were metal detectors.  I don't know much about what to say about each mall other than they were huge.  I basically went to a mall called Central World, one call MBK (this was the last one I went to and I didn't even touch the surface of it), and a series of Siam malls called Siam Dragon, Enter Siam, Siam Discovery, and Emporium.  Here are some pics. 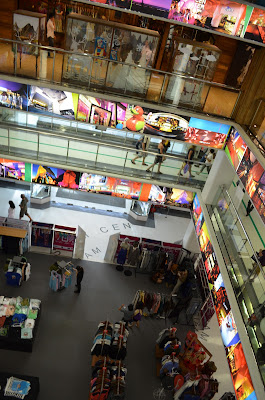 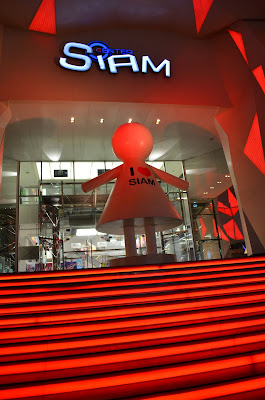 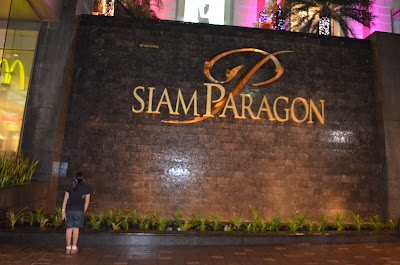