Well, unfortunately I didn't get back to the fair before it packed up so I didn't get any pictures.  I guess I would just compare it to the Kid's part at a regular fair in Regina.  Not sure how else to describe it, it had a small ferris wheel, a kid's roller coaster, and one of those rides that you get in a 2 seated cart and it spun you around while going up and down.  Other than that there was darts you threw at balloons, balls you threw a cans, food venders, and some venders selling other stuff like plants, stuff animals, statues, and other small stuff.

On Friday Somwong, who I thought was a parent of one of the kids that attended my class but turns out he is like a alderman of their community so he picks up a bunch of the kids and parents and brings them to class,  picked me up as planned and took me to their community centre.  So, I guess every month, all the elderly people get together to have a meeting about their community and discuss any issues that are happening.  At this time, they all get their blood pressure taken (which I got mine taken also, and all is fine and dandy) and their weight recorded,  This is all recorded on a monthly basis, and I guess sometimes they even have a doctor come out to check everyone out.  I guess they also organize people to go out to the elderly that can't come, take them food and medicine, and they also take all the elderly on field trips to different areas of Thailand.  Their community has won many awards and has people come from other communities to share knowledge with each other.  On this particular day some government officials were also attending the gathering.

As you will see, the community grows its own herbs and from those herbs a pesticide to keep the bugs off the plants.  The also compress their own wood to make a coal-like substance for burning.  The drive the boats down the little canals (see pictures below) to water and treat the trees for bugs.  The boat actually takes water from below it and sprays it up onto the trees, the force of the water being sprayed actually propels the boat forward.  The only time the have to paddle or push the boat is around the corners.

So when I got there, I was introduced to the people there, I was told the basically wanted to hear me speak.  This was a bit nerve racking as thy asked me up to the front and then just handed me a microphone.  But Somwong asked me a few question and translated it to Thai as I don't believe a lot of them spoke English.  After that I went wondering around for a 2 hours while they had their meeting and what ever else they did.  When I returned, I met some government officials and some other people whom had arrived when I was exploring.  I was then again, handed a microphone and asked to introduce myself and speak as many people had arrived while I was gone.  We went through some stuff about the Canadian weather, the seasons, and where it was located.  Luckily Somwong had an Atlas with him that included some interesting facts about Canada.  After that, they all started to sing karaoke which the words were projected onto a screen for them which was fun to watch.  They tried getting me up there, but not a chance, for one thing I can't read or speak Thai, and for another I think I would have needed a bit of liquid courage LOL.  Then while people were singing, we got served some dinner which included some noodle soup, which was really delicious, and watermelon.

After lunch, we headed over to Somwong's house for some coffee and bananas with a bunch of government officials and security.  I ended up going in the government officials vehicle as he really wants to improve his English.  He is going to contact me sometime when he has time and take me around the area to show me around and to brush up on conversational English.  Somwong showed me around his farm, explaining how thing worked (wish I would have had a note pad).  His farm is about equivalent to 7 acres and he exports (I think the whole community does) bananas and guava to China.  I found out that when guava is about the size of small tomato they go around and put a plastic bag on it to protect it from the bugs, and a wrap it in newspaper to protect it from the sun.  Then after, I believe it was 28 days, they harvest it, and wrap it by hand in a netting and a bag, then package it into styrofoam containers for shipping.   It was a fun and interesting time and I look forward to going back.

Somwong invited me to come back, stay the night and help out, maybe even get to drive the boat :)  So I should be able to give much more information when I actually get to stay there for a day and not just a couple hours.  When I went to leave, Kong's parents ( a kid in my class), gave me a bag of guava to take with me.  Thanks.  And I only brought my iPhone with me on this trip as I didn't know what I would be taking pictures of.  If anything I have learned that I need to start taking me good camera. 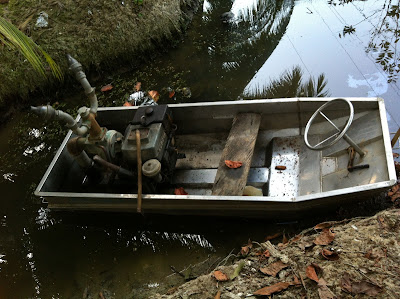 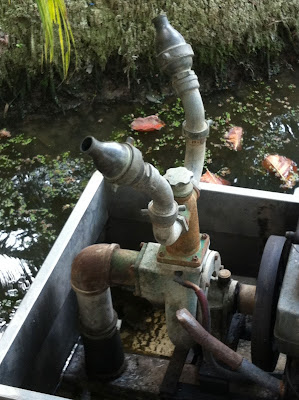 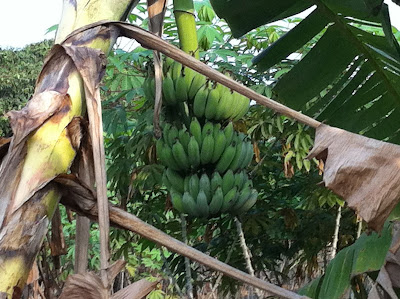 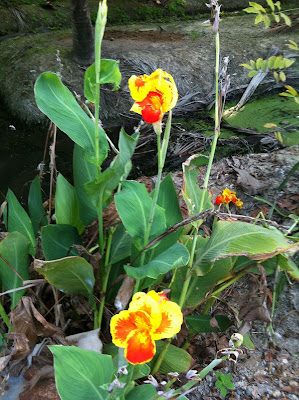 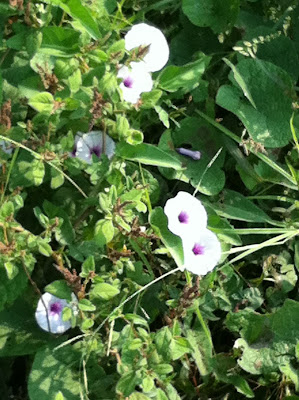 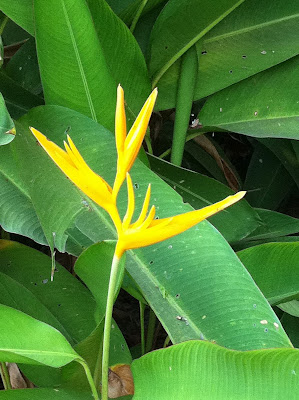 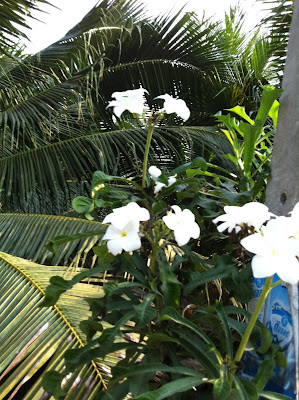 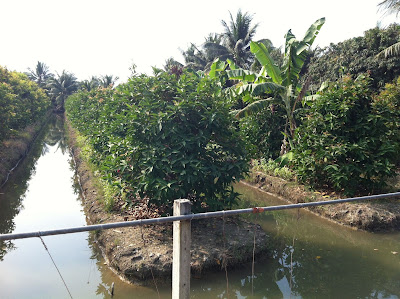